New York State is called an angler’s paradise because of its coastline extending thousands of miles. Anglers from around the world visit New York for its renowned fishing events. As an angler one needs to identify a fish correctly to be able to follow the regulations that the state has on fishing. So, it is important to know the external features of the fish.

It is difficult to identify a fish properly so one should check the body, tail, snout, and the fin. You should also inspect the color of the fish and the type of patterns on its body to know which fish it is. Read on to know the top 5 fish found in New York State waters.

Alewife herring are commonly known as saltwater fish but they are found in the freshwater lakes in New York. It is because they move to freshwater for spawning. Also, some of these fish live their whole lives in freshwaters. 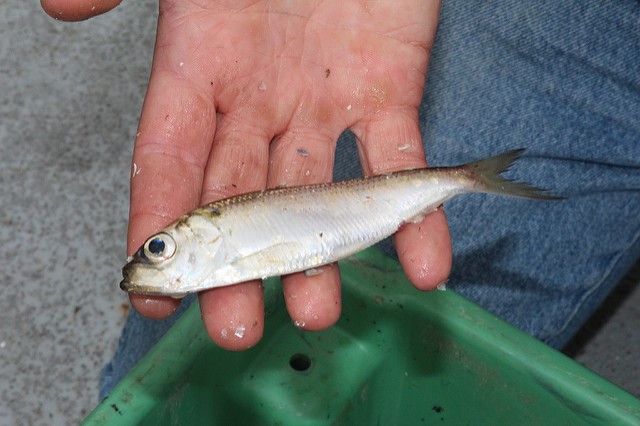 The average length of alewife is around 10 inches and they can reach a maximum length of around 16 inches. Alewife has a wide body that tapers at the belly and large protruding eyes. The fish also has a forked fin and a noticeable black spot present close to the gill cover.

Like Alewife, the Gizzard shad also belongs to the herring family and is found in great numbers in Long Island and the Lower Hudson. Along with fresh water lakes, rivers, and streams these fish are also found in brackish waters. Gizzard shad spawns in shallow water during the summers.

These fish have an approximate length of 10 to 14 inches. The deep body of the fish is silver in color while the upper sides and back are bluish.

The rainbow smelt is found abundantly in Lake Ontario, the Niagara river and in Lake Erie. They are also common in the Hudson river between Albany and Manhattan. Rainbow smelt are fished for sports and for commercial purposes

Rainbow smelt has a small and cylindrical body with an average size ranging from 7-9 inches. It has silvery body with a pale green back, and large scales and mouth. It also has a forked tail and an adipose fin.

Trout perch is also known as the sand minnow or the grounder. The family of trout perch includes two species and one of these species is found abundantly in New York.

Slimy sculpin is found in the Finger lakes, Lake Ontario and other cold-water lakes and streams in the New York State. These fish are small, thumb shaped, and they are slippery creatures great at camouflaging themselves. Slimy sculpin is also referred to as the stonecat because of its flat mouth and a broad body that does not have any scales.

These fish are easy to identify because of their free pelvic fins. Their length varies from 2.5 s to 3.5 inches. Slimy sculpin is an important food for the lake trout and both these fish are found abundantly in lakes during the springtime.